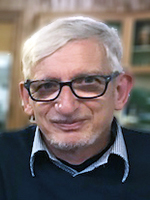 Gilbert Duvanel began the implementation of the SI eOffice through a collaboration with Raymond Morel. The task began by implementing a dynamic multi user website for the Romandie branch of SI, SISR and continued by finding a less expensive solution to decentralize office operations using cloud computing. Together with Jürg Gutknecht and later with Arthur Clay, the eOffice Concept was extended to cover all service needs for SI members and SI special interest groups. This was accomplished by implementing a communication system and multilevel site that could easily handle job sharing and marketing run by a small team working from geographically diverse locations.

Since 2016, Gilbert has been in charge of the digital infrastructure of all of SI webpages as well as accounting and billing for all SI financial operations. Asked about how a person whose carrier began as a physical chemistry engineer in the Watch Industry and who later studied social work and practiced caregiving at the professional level, came to be involved in designing remote office system, he replied that he was influenced by the work of Fred Bernard Wood, Ph.D. Electrical Engineer and Sociologist in San Jose, CA, whom he assisted for six months and dedicated much of his professional life to accommodating people who suffered from physical accidents at Foyer-Handicap Geneva, where informatics was the alternative occupation of para- and tetraplegia people, because the need for internet connectivity, the use of hands-free interfaces were eminent. As an independent, he developed a company Atelidom (Ateliers à domicile) that networks the dormant talents of numerous people unemployed over the age of 50 thus improving their financial statute and the quality of their lives.