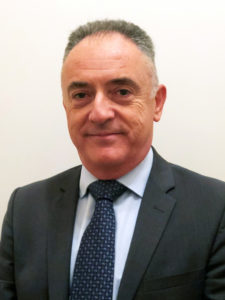 Francis Baud started his studies in Computer Science in 1983 at the University of Geneva (Faculty of Sciences). After achieving his Master, he starts to work as project manager on software development for finance on futures and equities. Since 1989, he has worked as independent consultant for international organizations, multinational companies and private banking, mainly for project management and IT organization. In 1997, he founded NT Consulting Ltd to achieve important projects for software development in telecommunication and ERP systems. When starting his work of consultant in 1989, he has joined ASSPA association, which became SISR in 1991. Member of committee since the beginning, he has been president from 1997 to 2004, and then vice-president for several years. At the SISR’s General Assembly in 2018, he was elected as its new president. Francis is interested in the certification and recognition of IT diplomas, bringing together IT professionals, and growing the network of Swiss IT professionals with SI / SISR. “IT is today one of the most important technical tools in the world, but unfortunately too young to be well organize and regulated. Links between our government and IT specialists must be establish to conduct law and regulation in a safe way.” In parallel, he continues to manage his company and projects for several customers. “We always need to be in contact with customers to keep reality of the market in mind. One of the most important part of our work is to understand the needs of users and translate them in technology, not doing technology for technology.”