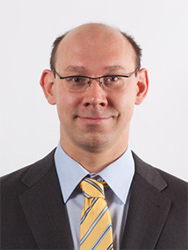 René Schumann studied computer science at the Carl von Ossietzky University of Oldenburg, Germany. He obtained his PhD in 2010 at the Goethe University Frankfurt am Main. Afterwards, he continued his research with a scholarship at the National Institute of Informatics in Tokyo, Japan. He joined HES-SO VS in 2011, where he first worked as a Post-Doc and since 2012 as a Professor in the institute of business information systems. In 2013 he founded the Smart Infrastructure Laboratory. In his interdisciplinary research he orients himself in the application of methods from Artificial Intelligence in the Energy and Mobility Sector. He received research grants from the Swiss National Science Foundation, Innosuisse and the Swiss Federal Office of Energy in recent years. He is coordinator of the National Research Imitative “Joint Activity Mobility (The Evolution of Mobility – A Socio-Economic Analysis).  In 2011 he moved to Switzerland, joined SI and since 2019 he has been acting as the deputy manager of SGAICO, SI’s Special Interest Group for Artificial Intelligence and Cognitive Science (SGAICO). Recently, he was appointed as a member of the Board of SI.